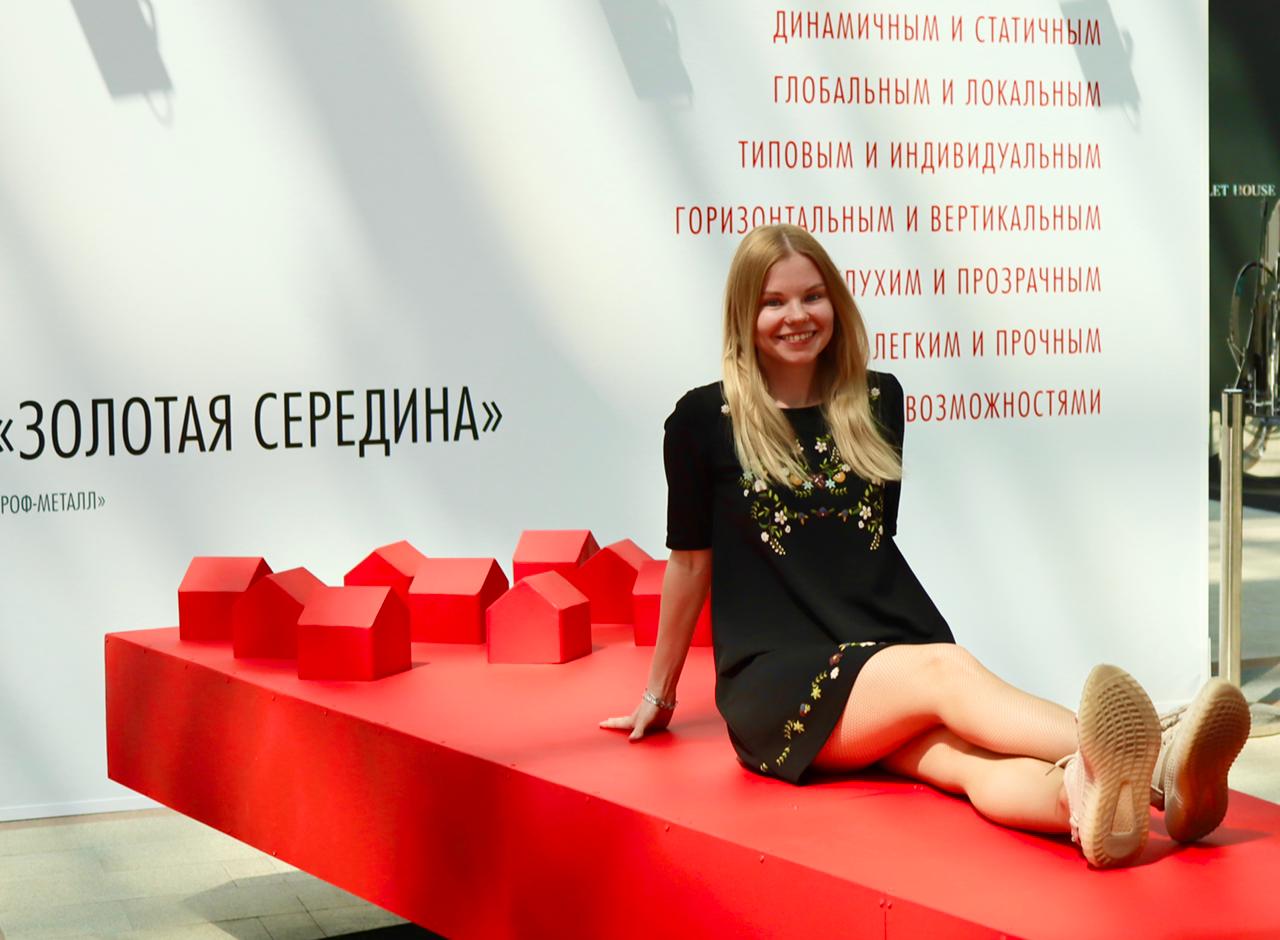 “Arch-object”, that is called “The Golden Mean” and made by STUDIO-TA, was created for 15th anniversary of the bureau and specifically for the main architectural exhibition in Russia – ARCH MOSCOW, and it already became one of the most popular exposition in Gostiny Dvor during ARCH MOSCOW.

Visitors usually take photos near it and make appointments, they sit on the “arch-object”, relieve stress and live broadcasts, get acquainted, exchange business cards and sign books. Journalists shoot interviews with the bureau’s CEO Tigran Badalyan, record an object in motion, communicate with representatives of STUDIO-TA and have fun riding “like on a red carousel”.

“To ride on the “red balancing thing” – this is how the arch-object called the guests of ARCHMOSCOW. They liked finding balance sitting on “this red thing”, or just visiting the “epicenter of ARCHMOSCOW universe” – all this is admired, surprised, joyful feedback from the visitors.

Previous Post
“Arch-object” by STUDIO-TA best revealed the main topic of ARCH MOSCOW, which is “sustainability”
Next Post
Tigran Badalyan presented a new product of residential architecture at ARCH MOSCOW