08.04.2022
Construction work is still going on the territory of the residential complex "Minopolis Divnoe" in Moscow region 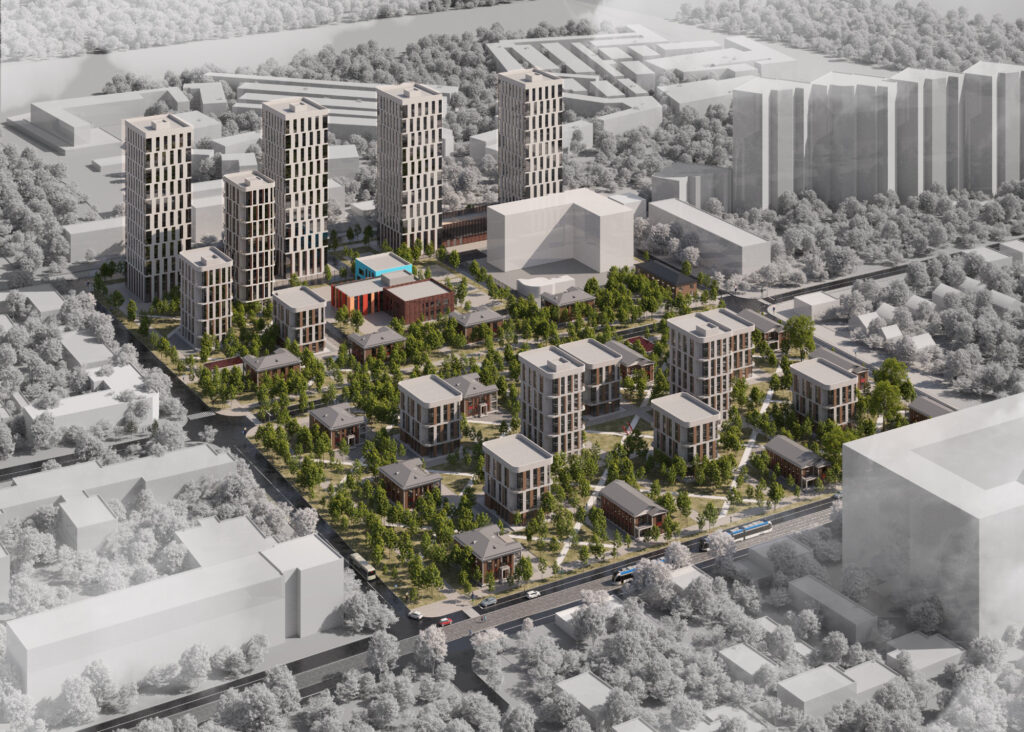 CEO of STUDIO-TA Tigran Badalyan in collaboration with architectural producer Lucy Malkis took their own initiative to create an alternative project of the residential quarter "Krasniy Prosveshchenetc", the results of which will be presented at ARCH MOSCOW

Since the beginning of 2022, the creative team of architectural bureau STUDIO-TA has been working on a voluntary basis on the concept of integrated territory’s development of a residential quarter called “Krasniy Prosveshchenetc” located in Nizhny Novgorod* in order to make an alternative project with preservation of historical buildings. The founder and CEO of the studio, architect Tigran Badalyan with the help of architectural producer Lucy Malkis will represent the project at International Exhibition’s of Architecture and Design ARCH MOSCOW 2022 in June.

The head of STUDIO-TA will talk about the features of the residential quarter and reveal details of large-scale analytical work on the project, which has been developed by bureau for several months in a row.

Discussion of the project of the residential quarter will take place in the Art Laboratory hall on June 11th as a part of the annual ARCH MOSCOW, at 18:30-19:30. We invite you to join this fascinating discussion.

*”Krasniy Prosveshchenetc” is a residential quarter in Nizhny Novgorod built in 1927-1928. The preserved houses of the quarter are considered examples of Soviet constructivism. According to the initial program of the project, it was planned to demolish wooden buildings and erect multi-storey houses. Architects of STUDIO-TA and Lucy Malkis are developing an alternative project with an emphasis on preserving the historical heritage of the quarter.

24.05.22
Residential complex "Novatoria" according to the project made by STUDIO-TA is recognized by independent Moscow experts as a "D-class smart home"